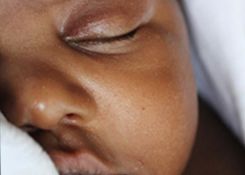 Naming a newborn is a joyful and often stressful moment for new parents. When searching for a traditional baby names, consider drawing inspiration from one of the world's oldest and most significant texts: the Bible. Today, Christian parents cherish the ancient custom of selecting a biblical name with significant meaning for their child's life.

When we think of the Bible, we think of knowledgeable and heroic men who were valiant leaders to their people and God's faithful servants. But there were many Biblical women who had equal (if not greater) courage, boldness, and wisdom, and whose actions and statements influenced history.

If you're searching for strong female role models to name your baby daughter after, there's no better place to look than the Bible.

1) Abihail: The father of fortitude.

This name alludes to various characters in the Bible, including David's brother Eliab's daughter. (See 2 Chronicles 11:18.)

The name was given to a soldier in the Old Testament, but it is now a girl's name in modern Hebrew. (See 1 Chronicles 11:42.)

Anna is the only female prophetess mentioned in the New Testament, and she was present when a young Jesus appeared in the Temple (Luke 1:1-2:40)

The word appears multiple times in the Bible (1 Chronicles 2:26)

Assyrian metropolis that served as the empire's capital. (Genesis10:11–12)

Daniel's feminine form, who was a prophet and the author of the Book of Daniel. (1 Chron. 3:1)

8) Eunice: Congratulations on your victory.

She was named in the Bible as someone to whom Paul extended cordial greetings. (Rom. 16:15)

After Sarah died, she became Abraham's wife. She bore him and his six boys. (Genesis 25:1)

She belonged to the Moabite tribe and was Naomi's daughter-in-law as well as Ruth's sister-in-law. (Judges 6:11)

She is well-known for her benevolence. She is King David's ancestor. (Ruth 1:4)

20) Selah is a musical notation that means "to pause."